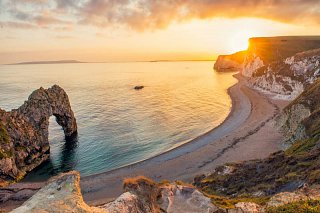 There’s something special about getting outdoors with the camera and taking some snaps. With the latest technology, you’re even able to perfectly capture those picturesque moments with your phone!

Despite the smartphone’s ability, DSLR cameras are still thriving, and photography as a hobby has really picked up steam over the past few years. Unfortunately, not all of us photography enthusiast are located in the most picturesque of locations which means that we have to travel to areas where the camera can really work its magic.

In this post, we take a look at the five best locations for photography in England:

Northumberland's undeniable special heritage is exemplified by the county having more castles than any other in England.

Away from the abundance of castles, there are beautiful beaches, the picture-postcard parks of Cheviot Hills and Kielder as well as views of the ancient Hadrian’s Wall.

If you’re a budding photographer Northumberland offers a range of photo opportunities.

Bath is a striking Georgian city with a rich history. The streets and buildings that line the historic centre are almost made with photographers in mind.

Bath itself is now recognised as a World Heritage Site, which in itself shows the true natural beauty of the city that has been preserved so well for generations.There are photo opportunities on every street corner but particular attractions include the Roman Baths, Bath Abbey and Pulteney Bridge.

It won’t be long until your racking up plenty of pictures!

The Lake District is also a wonderful region to visit any time of the year. You’ll get majestic snowy landscapes in winter, oranges hues in autumn and far-reaching blue skies in spring and summer.

Blea Tarn, Friars Crag and Ullswater are all popular locations for photography of the lakes and Cat Bells is a favourite for landscape views. But remember, the Lake District is a vast area and it’s not always the most popular locations that will create the best photographs. The best thing you can do is often just get out your map and get exploring.

You’re not surprised that London has made the list, are you? With world-renowned iconic landmarks such as the Tower Bridge, Big Ben, Westminster Abbey, London Eye and more, there’s plenty to keep you going.

Aside from the generic spots, just get walking around the streets. There’s always something happening in London, it’s up to you to find it!

The Jurassic Coast is a World Heritage Site that stretches 95 miles of coastline from Orcombe Point in East Devon to Old Harry Rocks in Dorset. The dramatic coastline boasts stunning bays and cliffs.

Burton Bradstock, Old Harry Rocks and Chesil Beach are all scenic locations but Durdle Door, one of the most popular photographic locations in the UK, is a must visit. The site is a natural limestone arch that has been eroded by the waves to form a hole in the middle of the limestone.