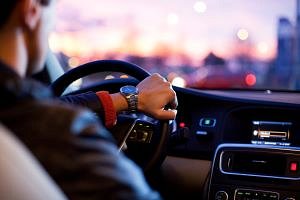 Sian Marston, MD of Green Motion UK, explores how car ownership may become a thing of the past in this article originally published on Automotive World.

Car ownership is one of the things to which many people traditionally aspire. Furthermore, it’s considered a necessity rather than a luxury by most who live outside urban areas. But the global tide is slowly turning against car ownership. With ever increasing awareness of the importance of addressing environmental concerns, people are thinking hard about their car usage to determine whether it’s worthwhile, both ﬁnancially and environmentally.

The exact statistics vary according to geographic location, but there is reliable evidence to suggest that many vehicles spend the majority of time parked at home and very little time transporting anyone anywhere. Many people would probably ﬁnd that the cost/beneﬁt ﬁgures simply don’t support car ownership as a cost-eﬀective means of transport. In a world increasingly driven by the need to oﬀer value for money and high levels of productivity, owning a car (and sometimes two or three) does not oﬀer a good return on investment. Currently, people are willing to pay for the convenience and ﬂexibility of ownership, but as viable alternatives are being developed, it’s just a matter of time before people reject car ownership in favour of more ﬁnancially attractive and carbon friendly options.

So, as we enter the next decade, what are the alternatives to car ownership and how viable are they?

Travelling to work is one of the main reasons people own a car, or certainly a second car within their household. Yet home working is increasingly accepted and even encouraged by some organisations, while travelling to and for work is on the decline. Ultimately, the less people travel, the less they will feel the need to own their own form of transport. This growing trend will inevitably impact vehicle ownership. Even if people are reluctant to forsake owning a vehicle, the ﬁnancial advantages of reducing the number of cars in a household are likely to become increasingly compelling.

How viable is the alternative of car rental?

Perhaps the biggest advantage of car ownership is convenience. Renting a car has long been a suitable option for some car users, but many have rejected rental due to negative views around the rental process and even the industry itself. The perception (sometimes the reality) of long queues at car rental counters perpetuates the idea of renting as a lengthy and sometimes frustrating process.

However, advances in technology have made car rental easier and more ﬂexible, streamlining the pick-up/drop oﬀ process and introducing speedier digital processes. Companies such as Green Motion have invested in ‘Drive and Go’ technology which enables customers to use an app to pre-register all their details and sort all the paperwork digitally. Customers can now skip the rental counter, using their phone to unlock their car, managing the whole process from their phone, making pick up and drop oﬀ so much quicker and easier.

Vehicle rental is particularly attractive as an alternative to a second car, and as a ﬁnancial incentive, some companies also oﬀer a reduction on rates after a certain number of hires. Green Motion, for example, oﬀers a 20% reduction after 20 rentals, while other rental companies are currently investigating the viability of car rental car shares.

Aware that hiring a car is increasingly appealing to customers as long as they can streamline their rental processes, rental companies now have the technology available to do just that.

The impact of autonomy

Safety and public perception are currently key concerns around autonomous vehicles (AVs), but it seems inevitable that AVs will become the main, if not exclusive, mode of travel within a decade or two. Tests of AVs have been taking place in locations across the world, and China has already begun tackling the infrastructure issue by modifying its roads to denote some as ‘AV only’.

The ultimate aim is to achieve SAE Level 5 autonomy, which will certainly have a huge impact on car ownership with fewer (if any) people owning their own cars. It looks likely that people will use vehicles more like a taxi service, summoning rides as and when required like a more advanced version of Uber and other lift platforms. Apps and mobile technology will make this easier and using AVs from a pool looks likely to be a much cheaper option than owning a car outright.

The biggest player in the on-demand lift sharing market is Uber, and despite some bad press, it has a large global spread. In fact, research from US consulting ﬁrm Magid Advisors found that almost one quarter of Uber users in the US between the ages of 18 to 64 were delaying buying a new car due to the ease of use of lift sharing apps. Anticipating the need for ﬂexibility, Uber has also introduced features such as Uber Pool which enables true lift sharing, and Uber Express which drops people oﬀ near to their end location but not at the exact place.

As more and more apps are launched on the marketplace, the ability to oﬀer ﬂexibility and give the customer what they want will be essential to survival in what is likely to eventually become a more crowded marketplace. The more ﬂexible, aﬀordable and convenient these services become, the more likely they are to tempt people away from owning a car. Furthermore, as the Millennial generation grows up with negative environmental perceptions around cars, and moves away from the concept of vehicle ownership, other options such as rental and lift sharing are likely to become more appealing and accepted as the norm.

The massive changes that are coming within the automotive industry will certainly impact car ownership. Coupled with the increasingly vocal environmental lobby, it seems inevitable that attitudes to car ownership will change, along with the way we travel. The key will be to ensure that convenience, ﬂexibility, safety and value for money are not compromised.

Questions? Click here to see our expert advice on renting a vehicle with Green Motion

Introducing the new Green Motion App. Everything you love about Green Motion now just a tap away. Visit your app store to update now