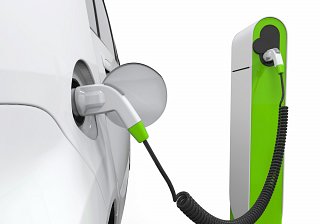 Electric vehicle hire is still very new to the UK vehicle hire market, with only handful of electric cars being offered by some of our competitors. Green Motion offered first electric cars to its customers back in 2014, by offering Nissan Leaf, across some of the franchised locations. Over the years, the battery technology has vastly improved, which has resulted in reduced recharge times and extended driving range with a fully charged battery.

Tesla Model 3, has become one of the most desired electric cars in the UK, greatly appreciated by the EV enthusiasts due to the build quality, brand appeal and the driving range. Green Motion is proud to offer Tesla Model 3 rental through our Central London location.

Volkswagen has also been busy by developing their purpose built electric vehicles, also known as the ID range. They used to offer electric VW Up & VW Golf, which were designed as internal combustion engine vehicles but then adapted to be fully electric alternatives, whereas the new ID range, have been designed with electric power in mind and offer more range, more space and a unique design. VW are trying to make their electric cars as “People’s Car”, due to its affordability in the EV marketplace. Green Motion will be offering the VW ID3 rentals starting from March, across a number of our locations across the UK – Central London, London Heathrow, London Gatwick, Manchester Airport, Manchester Downtown and many others.

There are many more electric cars being released in 2021: Citroen e-C4, VW ID4, Mercedes EQA, Volvo XC40 Recharge, Mazda MX30, Cupra el-Born, Fiat 500, Vauxhall Mokka-e, Tesla Model Y and many others. More exciting news has been shared by Nio, launching a new battery capable of 600 mile range with a single charge and StoreDot, by developing a lithium-ion car battery that can be charged in 5 minutes.

One thing is for sure, 2021 will be an electrifying year and Green Motion will bring you more electric variety along the way.