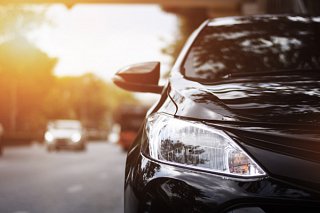 It seems that every year, the number of electric vehicles on UK roads continues to grow. The signs are encouraging but the percentage these vehicles make up of total car sales in the UK remains low.

2018 saw more than 60,000 plug-in cars registered in the UK (Society of Motor Manufacturers and Traders), a new high and over 13,000 more than the previous record! So, is 2019 the year that will see significant growth for electric vehicles? At Green Motion, we think so.

Throughout last year and the first month of 2019, we have experienced more of our car hirers enquiring about low-emission options including hybrid and electric vehicles. It’s not only our personal experience and the growth in the market that leads us to believe 2019 will be a landmark year for electric cars, there are some other industry changes that will see more switch to electric vehicles:

For those contemplating a switch to electric, the number of options available can be an issue that leads to them turning their back on the idea. Up until this year, many of biggest car manufacturers have not entered the electric vehicle market. But 2019 will see all-electric vehicles scheduled for release by Mini, Mercedes, Audi and many more. There will also be new major launches from electric pioneers such as Tesla and Nissan.

Manufacturers are endeavouring to meet the growing emissions rules which is great news for consumers. There are so many due to be many big releases over the next year at a more competitive price.

A concern for most when they come to purchase an electric car is where they will be able to charge it. Of course, most install a charging point at their home, but when out on the road, how easy is it to find a charging point when you need one?

The zone will see drivers who enter the central London zone charged a daily rate if their car doesn’t meet emission standards. Other UK cities have been earmarked to follow suit with similar projects in the coming years.

As more low emission zones come into play, residents and those who regularly journey through them may see a benefit in upgrading to a low-emission model.

Make the switch to electric

Green Motion is here to help you on your switch to electric. We are proud to have championed environmental travel since we launched in 2007.

If you want to give electric or low-emission a try, use our online booking platform to find out what vehicles are available at the Green Motion branch near you. With 20 locations around the UK, you’re never too far from a Green Motion branch.