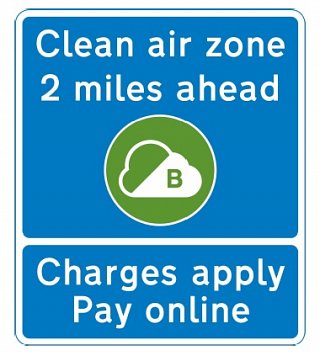 The first congestion charge zone in the UK was introduced in London, in February 2003, and the main aim was reducing the traffic congestion in and around the charging zone. Over the years, there has been a lot of focus on not just congestion, but the emissions that vehicles are emitting into the air. London now has gone even further, and have introduced Ultra Low Emissions Zone, which is designed to charge worst polluting vehicles and ultimately encourage anyone living or commuting within the ULEZ, to switch to lower emission vehicles, which has resulted in 20% reduction in emissions in Central London over the past year.

But it’s not only London that have the low emissions focus. Local Councils up and down the country have been working towards introducing similar schemes.

Bath & Birmingham are the 2 most recent councils that have followed London’s suit and have rolled out their own Low Emission Zones. As for Birmingham it’s known as CAZ (Clean Air Zone). Birmingham is one of the most polluted cities in the UK, and by introducing CAZ, there’s an aim to reduce the pollution not just from private vehicles, but focus as well on public & commercial transport, that are the biggest contributors to the air quality in the city. The thresholds are set based on Euro emissions standards. Petrol vehicles that meet Euro 4 standard (roughly 2006 onwards), are exempt of the CAZ charge, whereas for diesel vehicles, they need to meet Euro 6 standard, which primarily will be vehicles manufactured at the end of 2015 & onwards.

Bath, interestingly enough, is the second council in the UK, who have followed London and introduced CAZ, and it’s been operational since March this year. Unlike London’s ULEZ & Birmingham’s CAZ, Bath have taken different approach, and are charging only commercial vehicles and taxis that travel within restricted area, so any private vehicle owners, do not have to pay in the city, even if the emissions are higher then the set out maximum threshold.

Oxford, are planning to roll out ZEZ (Zero Emissions Zone) later this year, which might be a trend, that takes off at some other councils. As only zero emissions vehicles would be exempt from daily charges, because at the moment, quite a few plug-in hybrids offer very low emissions, but even those vehicles would be subject to daily charge. Considering the Government’s Road to Zero strategy, there’s a strong likelihood, that most of the CAZs, ULEZ & even London Congestion Zone, will eventually become ZEZ (Zero Emissions Zone) in very near future.