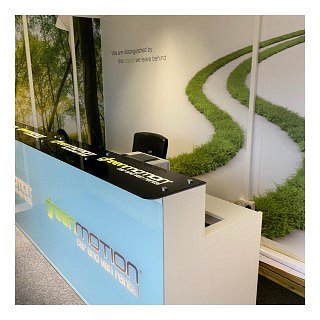 Green Motion has opened a second vehicle hire branch in Manchester to cope with demand from travellers in one of the UK’s largest cities.

Plans for expansion already in place

Manchester is the second most visited city in the UK, offering a range of attractions for visitors as well being a thriving industrial and commercial centre. The new city site, which is located at Peary Street car park on Rochdale Road, launched with a fleet of 15 cars but aims to expand this to 35 this month, with plans to double the fleet to 70 cars by July.

Franchisees Ben Hunter and Lucy Beasley who also run the Manchester Airport branch commented: “We are delighted to be opening another site in the great city of Manchester. The airport branch has been very successful, and we anticipate that the more centrally located site will be equally popular. People are increasingly seeking to reduce their carbon footprint and using Green Motion is one way that they can help achieve that.”

Making a practical commitment to the environment

As the UK’s largest eco-friendly car hire company, Green Motion is committed to a range of environmental projects. In addition to offering a fleet of low emission vehicles, the company also offsets the carbon produced by customer journeys by supporting an ecological initiative tackling deforestation in the Amazon and a wind power project in India. These initiatives make Green Motion the only carbon neutral vehicle hire company in the UK.

Manchester is the third city in the UK to have more than one Green Motion branch. The city council is also committed to supporting environmental issues through the implementation of the Green Manchester programme which aims to establish Manchester as Britain’s greenest city. The council has set ten green targets, including reducing carbon emissions across the city.

Green Motion UK’s MD Sian Marston commented: “Manchester is such a vibrant city, it’s great to be able to increase Green Motion’s presence here and support initiatives to enhance Manchester’s environmental status. Of course, cars aren’t always the most environmentally way to travel, but sometimes they are the only viable option. Our customers can be reassured that using Green Motion is a more eco-friendly choice, knowing that we also offset any carbon produced by their journeys.”

Green Motion’s Manchester Piccadilly branch will be open 8am till 6pm Monday to Friday, 8am till 2pm Saturdays and closed on Sundays. Click here for more information, call 0161 260 0366 or email machesterpiccadilly@greenmotion.co.uk.