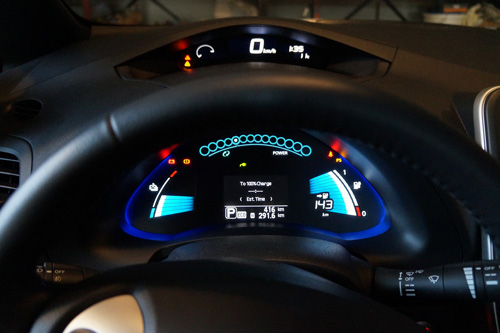 The average miles per gallon (MPG) for UK cars in 37.8, according to Fuel-Economy.co.uk. A hybrid car will then get a slightly improved MPG, for example, the 2016 Prius typically gets 50–55 MPG. But because electric cars don’t use fuel, how can they be categorised in mileage performance when electric cars don’t use the ‘gallons’ that MPG is measured in?

MPG is a measure of how far a car can travel if you put one gallon (4.55 litres) of fuel in it. Should a driver drive at a high speed or in heavy traffic, fewer miles go by before the vehicle needs filling up again. Different vehicles have different possible MPG figures and the measurement is used by buyers and those renting cars to compare the efficiency of the models.

While MPG works well in measuring fuel efficiency for liquid fuels, MPG is not a useful measurement for electric vehicles because the source of power is not sold by the gallon. This subsequently makes it difficult to compare efficiency of different fuel types.

MPGe is a metric used primarily in the US and represents the number of miles a vehicle can travel using a quantity of electric fuel. The electric fuel has the same amount of energy as one gallon of petrol. A gallon of petrol roughly equates to 33.7 kilowatt-hours of battery power.

The way that the MPGe is worked out is as follows. The Nissan Leaf, for example, has a 24 kWh battery and is able to travel around 73 miles on a full charge. Based on a gallon of petrol equalling 33.7 kilowatt-hours of battery power, the Leaf’s MPG equivalent would roughly be 99 mpg.

If you are set on hiring an electric car, you have no reason to mix the two measurements and can simply use Kilowatt-hours per 100 miles (Kw/100), the electric equivalent of MPG. An electric vehicle's ‘range’ will also give you an idea of how far the vehicle will travel before it needs charging.

With more electric cars and plug-in hybrids coming to market and uptake increasing year on year, it’s becoming more important for the UK to adopt a metric system has to be made that easily allows for comparison of electric and non-electric vehicles.

The majority of the electric vehicles at Green Motion have an appealing range distance and there are many other features that might persuade you to pick a certain model. But if you would like to hire an electric car with a long range, look at our top picks here.*HYPERLINK*.

If you’ve yet to try an electric or hybrid vehicle, renting can give you the perfect opportunity to do so before committing to a purchase. For more information about the range of vehicle available at the Green Motion branch nearest to you or a destination that you’re visiting, browse our online booking platform.